Pardoo Station is impressed with the performance of their 33-row Direct Drill.

A 200,000 hectare cattle operation, Pardoo Station is approximately 120 kilometres east of Port Hedland in Western Australia’s remote remote Pilbara region. The property was purchased by the Pardoo Beef Corporation in 2015.

Pardoo Beef Corporation’s herd is being transformed into purebred and crossbred Wagyu.

This is made possible by using an extensive irrigation system to create and support perennial pastures. Investing in centre pivot irrigation systems has transformed Pardoo’s marginal grazing country into lush green pasture with water from the Artesian basin.

By August 2018, Pardoo will have 18 centre pivot irrigators watering more than 840 hectares of pasture and they expect to install up to another 18 pivots over the next three years. The pivots are divided into sectors and herds of up to 400 are moved onto fresh grass every two-to-three days.

In May 2017, Pardoo Station purchased a John Shearer 33 row Direct Drill from McIntosh & Son in Geraldton. The drill was ordered with double disc openers with press wheels rather than tynes for better control over seed placement. 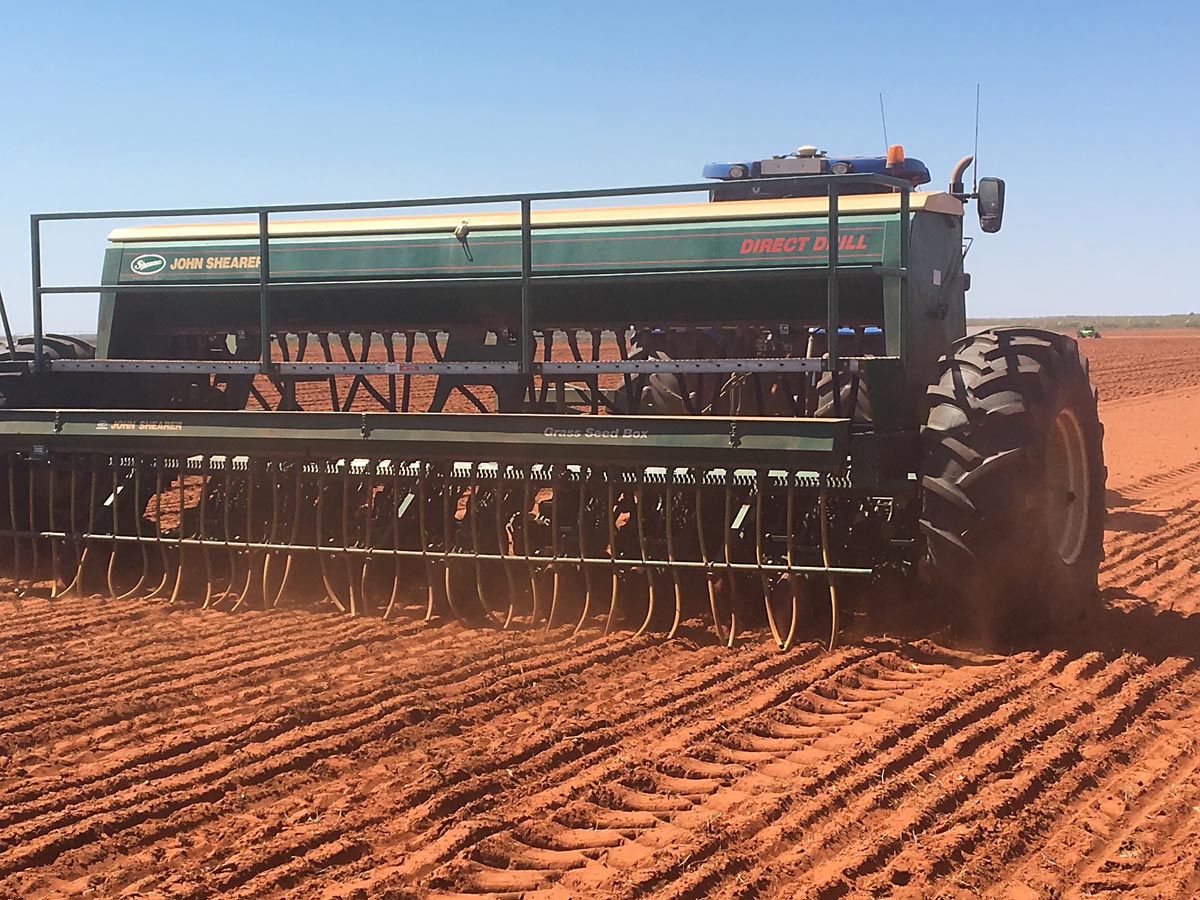 Pardoo’s service manager reports that, “Getting the seed to the right level during seeding is very important to ensure good germination. With the double disc openers and press wheels, adjustments can be made to seed at the optimum depth.”

“The John Shearer drill has proven to be a very worthwhile investment. It is a great machine, easy to set up and to plant into a range of different scenarios. We have had a good run from the drill and the germination has been fantastic.”

“For our mixed pastures of lucerne, rhodes and panic, once the drill is calibrated, you can achieve consistent flow of seed and very palatable pasture at the end.”

“Sometimes we are adjusting the press wheel about 25mm below the disc openers and dropping seeds such as rhodes grass nearly on top of the ground and pressing the seed in with the press wheel. This gives us a measured seed placement and germination in around 7 days.”

“In some other cases we sow the seed at 5mm deep and the germination is very good at around 95%.” 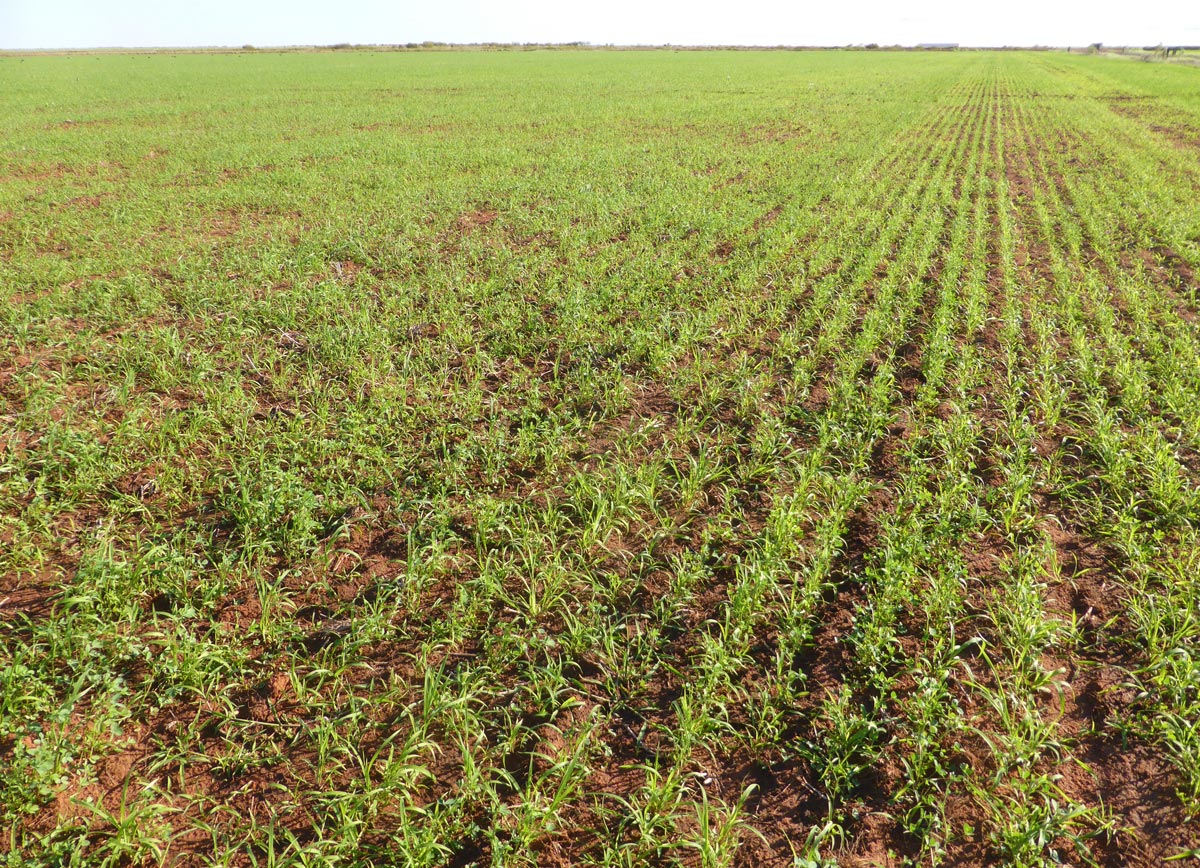 “We also do a lot of lucerne plantings with the drill and the 180mm spacings on irrigated land with seed rates of 22 kg/ha, have proved to return better crop density and faster yields per hectare.”

“The John Shearer Direct Drill is also very good for planting straight through strip grazed country, when changing over to winter bulk feeds such as oats and barley.”